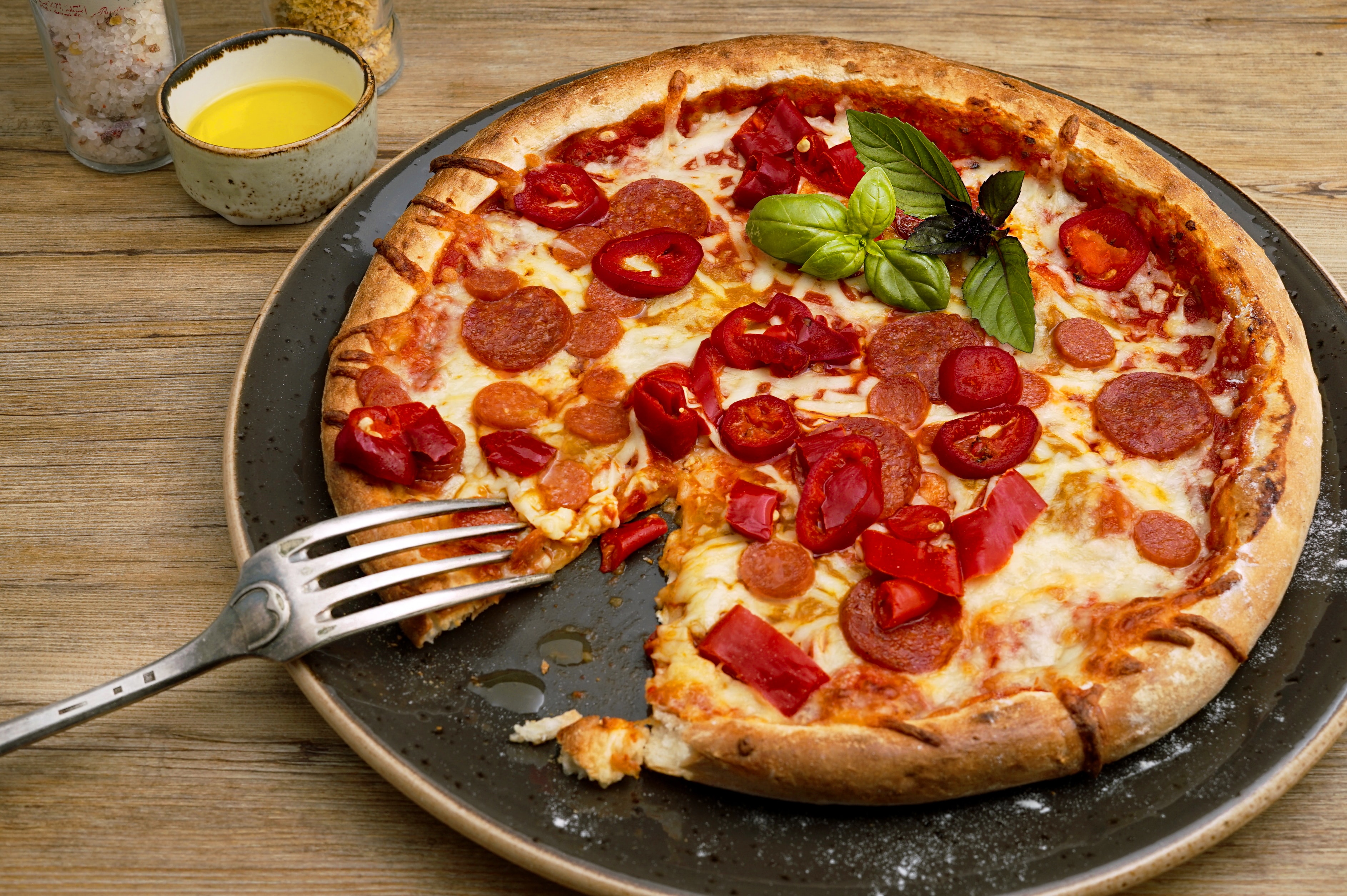 Asynchronous programming. It means so many things to so many people.

Today I’m going to introduce and explain asynchronous programming without diving into language specific code. If you know how a pizza shop works, you’ll be able to understand why async programming is so beneficial to web apps.

Bob owns a pizza shop. He loves making pizzas and he has a system for making sure every pizza is great.

You might arguing that waiting 30 minutes for Joe to deliver the pizza is a waste of time, but that’s the way Bob prefers to run his pizza shop. If anything goes wrong with Joe’s delivery, he’s always free to handle the pizza crisis.

In Bob’s system, a customer gets a pizza every 40 minutes. Not the fastest in the business, but Bob wouldn’t do it any other way.

Amber owns a pizza shop on the other side of town.

She grew up ordering from Bob’s Pizza Shop. She loved the pizza, but Bob could never make enough to keep up with demand. She has a quite a different system for making pizza.

Now instead of waiting 30 minutes, Amber gets right to work making the next pizza. If something goes wrong with a delivery, she trusts her delivery guys to let her know.

In both shops, making the pizza takes the same length of time. The difference is what Bob and Amber choose to do after the pizza is made? Bob waits while Amber continues making pizzas.

I think anyone looking at these two systems would immediately say Amber’s is better.

It’s easy for us to see that Bob is wasting his time waiting 30 minutes for the delivery to complete. He’s literally doing nothing.

Lets rephrase how Bob and Amber approach the delivery phase of the pizza cycle with some programming terminology.

We can also say that after Amber makes her pizza, she doesn’t block. She proceeds onto the next pizza. More programmatically, her interaction with her delivery guy is non-blocking.

This blocking v. non-blocking is the distinction that makes async programming so performant. In Amber’s case, her non-blockingness allows her output 2.5 times as much pizza as Bob does. (given enough delivery drivers)

Which brings us back to programming. In every app, much like the pizza shop, there’s a mix of short tasks where something needs to be done and long tasks where the app could just wait.

This small method does two things.

Operation number #2 is fast. Everything happens in memory and it’s just creating a new list. In comparison, operation #1 takes a super long time. It has to make a network call to query the database. Network calls take forever in comparison to in memory programming (for most cases).

If we block on that network call, the thread that is making that call is sitting around doing nothing. Much like Bob was when he was waiting for his pizza delivery.

If we choose not to block on that network call, the thread is now free to go perform other programming tasks that need to be done.

Obviously there are a lot of question left unanswered in this simple explanation. One of the biggest questions is, what happens to local state that is needed whenever a task resumes? That’s ultimately a question for another day, which is okay!

Having a solid understanding of the basic principles will only help you in your programming.

For me personally, I didn’t really understand async programming until a year and a half ago. And it took me another six months to really prioritize programming asynchronously whenever I had the ability to.

I was on a team and some of the developers used async and others didn’t, I didn’t think that was a big deal. Given what I know now, I would definitely push for everyone to be programming asynchronously. It would only help the performance of our application.

Async programming has the ability to unlock a higher level of performance in your applications! Modern programming languages make is easy (easier??) to programming in an async style. If your current language supports it I would definitely take the time to learn and utilize it.